Plot: A range of short sketches, dialogues and stories, including the first science fiction story (A True History) and praise for a fly.

Sometimes cheery and gossipy, sometimes just a little too preachy, Lucian’s stories are generally fun. My favourites were not the courtesan dialogues but a selection of the other tales.

The Journey down to Hades. A tyrant poisoned by a rival is dragged down to Hades alongside more common corpses, trying everything to resist and return to the surface. I particularly liked how the loading of 1,004 souls into Charon’s boat is accomplished in a logical and organized way – no First Class or frequent flyer early boarding here. Babies first, then the elderly (plucked-ripe “raisins”), then the wounded, the suicides from love, the ones died fighting each other over a monarchy, the ones put to death by the courts, the ones killed by brigands and shipwrecks, those that died of fever (and their doctor), and finally the philosopher and the tyrant, still trying to bribe and beg his way out of the trip.

“Let me finish my house first … let me tell my wife where I buried the treasure … let me run away, I’ll give you a thousand talents of stamped gold … the city wall and dockyards aren’t finished … let me live long enough to conquer the Pisidians, impose tribute on the Lydians, and to set up an enormous monument to myself … I’ll even give you my lover as a hostage instead of me”  (pages 97-98)

Praising a Fly. I can imagine a fiendish English teacher setting this as an assignment : Write a 4 page eulogy praising the fly.  But would students be able to describe her flight as “a graceful curve to whatever part of the air she has set her sights on … accompanied by a melodic sound [of] sweet clarity” (page 249)

A True History.   As a long term science fiction fan, I was looking forward most to this tale. Reminiscent of some of the more outlandish descriptions of people and animals of faraway lands that Herodotus claimed as well as the travels of Gulliver, we have Lucian and his shipmates seduced by vine women, having their ship sucked upwards in a cyclone and dumped on the Moon, whose inhabitants are at war with the Sun’s armies. Returning to Earth, they and their ship are swallowed whole by a giant whale, escaping to the Island of the Dead Heroes, and facing many other weird and wonderful peoples including the Assleg women, the Corkfeet people, the Pumpkin Pirates, and the men who ply the oceans using their genitals as sails.

Other reading:  Does the Doctor Who Mr Men series count? 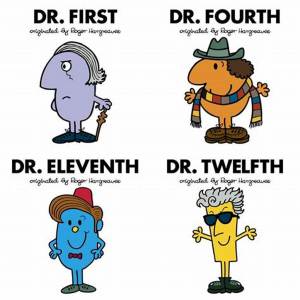